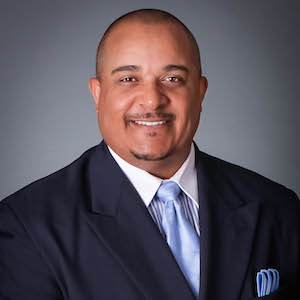 Buford Griffith, III, Superintendent of Education for the Southwest Region Conference of SDA comes to us with over 24 years of experience in the education field. He was born and raised in the great State of Ohio and is a die-hard fan of THE Ohio State Buckeyes and Dallas Cowboys.

He graduated in 1995, from Oakwood College (now University), with a Bachelor of Science Degree in Elementary Education. He taught six (6) years at the middle school level. He obtained his Master’s degree in Educational Leadership from Grand Valley State University in Allendale, Michigan in the Fall of 2002.

In 2003, he and his family moved to Arlington, TX. For the next nine years, he was a secondary administrator for the Arlington Independent School District. During his tenure there, he served on many school and district committees that serviced over 64,000 students. Two of his accomplishments was the implementation of the International Baccalaureate Diploma Program and the AVID Program at two (2) different high schools. In 2012, he was the administrator in charge of having Lamar High School become a National Demonstration AVID High School. Out of six traditional high schools in the district, Lamar was the only high school to achieve this high status.

He has been married for twenty-five (25), glorious years to his beautiful, Puerto Rican wife, Nilsa. She is a 4th grade bilingual teacher in the Arlington Independent School District. They have two children; Amarylis, who is an Oncology Nurse in Huntsville, Alabama and Buddy, who is an aspiring actor and is in his Junior year at Oakwood University and majoring in Business Marketing.

His desire is to lead our schools, teachers and students to have a deeper, stronger relationship with Christ, increase the academic rigor, to have all our schools have an active STEM curriculum, increase awareness and enrollment, open new schools, especially a high school in at least four areas of the conference and to have our schools spiritually, academically and technologically advanced and competing at a high, successful rate at each state’s level and nationally.

< Back to Adventist Education Home